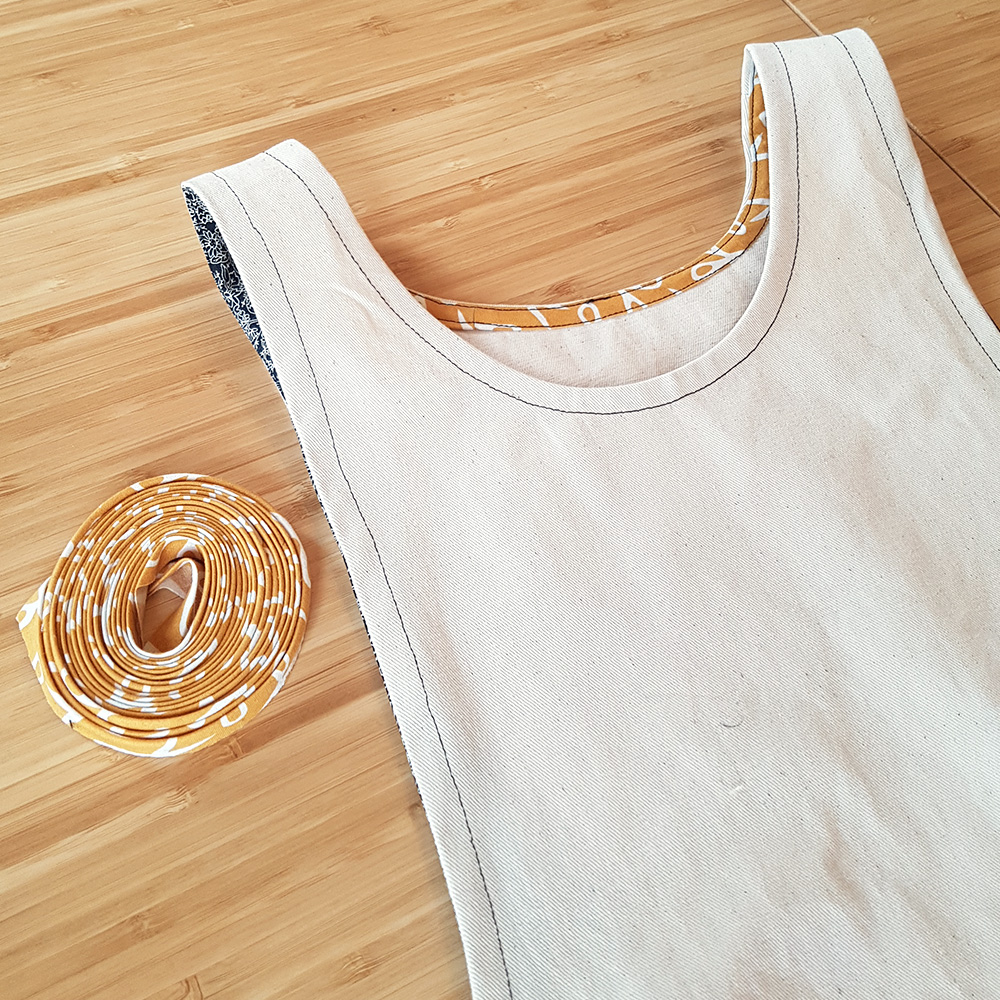 Welcome back! Today we will be continuing our homemade bias tape adventure with a tutorial on how to finish edges with a bias facing. If you want to learn how to make your own bias tape, check out our last post, Making Bias Tape.

To demonstrate, we’ll be showing how to use 1/2″ double fold bias tape, single fold bias tape, and “thirds” bias tape to finish the edges of a York Pinafore. All three of these tape options will give us the same, 1/2″ bias facing finish. Which one you choose depends on your personal preference and your fabric choice.

The York Pinafore calls for double fold tape because it is easier for beginners to handle. The added stiffness of the tape also helps to highlight the side scoop shape. If you are working with a drapey fabric, you may want to use a single fold or “thirds” tape. All three methods are covered in this post.

Double fold bias tape is folded in half so that when it’s unfolded, there are 3 creases. It can be used as an edge binding or a facing.

When pinning around a curve (like the deep scoop on view A of the York Pinafore), try to leave some ease in the tape. Resist the urge to pull tightly and pin. This ease will help your finished bias facing lie flat.

Determine where you need to sew to close your bias tape ‘loop’. With right sides facing, sew the bias tape ends together. Trim down to 1/4″ and press the seam open.

Next, “stitch in the ditch” of your tape; sew the tape to your garment, with the stitch line inside the crease that is closest to the edge of the garment. This will be at a 3/8″ seam allowance.

Next, grade the seam allowance down to 1/4″. We used our duck-bill scissors, but you can use regular sewing scissors, too. These applique scissors help to isolate the layers you wish to trim.

Press the bias tape toward the seam allowance.

Next, we’re going to understitch the bias tape to the seam allowance. On the right side of the bias tape, stitch 1/16″ – 1/8″ from the edge of the tape.

Next, fold the bias tape where it naturally creases, then it in half over the seam allowance and press. Fold it again towards the wrong side of the garment and press once again. Pin the tape in place if you wish.

Next, topstitch the bias tape to the garment at a 3/8″ seam allowance. Check as you go to ensure you are ‘catching’ the tape on the inside of your garment. Optionally, you can topstitch from the inside, but I prefer to do it from the outside to ensure my topstitching looks perfect on the outside of the garment.

Press one final time and your bias facing is finished!

For single fold bias tape, the process is quite similar. The only difference is that instead of folding the bias tape over the seam allowance and then folding it again, once you’ve stitched the tape to the garment, you fold it once towards the wrong side of the garment and press. Every other step in the process is the same as for double fold tape.

We love this take on single fold bias tape for bias facing finishes. This tape is made by folding a strip of fabric into thirds.

As you can see, all three bias facing methods end up looking the same in the end. Which type you use depends mostly on what your preference is, and the fabric and project you are working with. 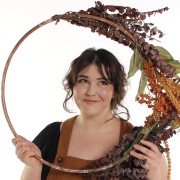 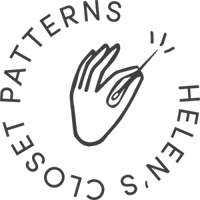 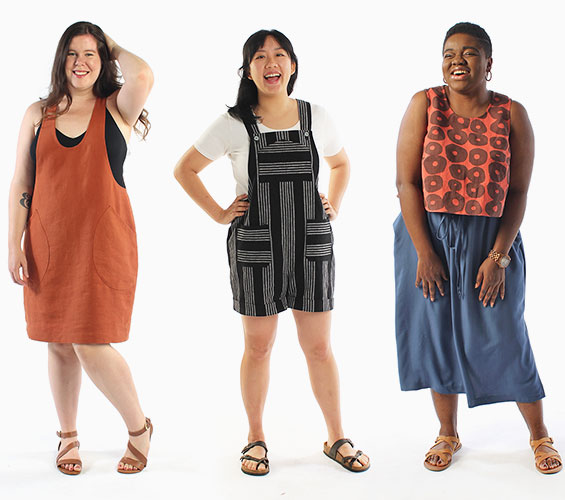 All newsletter subscribers get a special gift from us!
The Orchard Top and Dress is a versatile pattern that showcases the quality design and instruction you can expect from Helen's Closet Patterns.

Subscribe now by entering your email address. Already subscribed? Thank you! Enter your email again to get access to the pattern files! 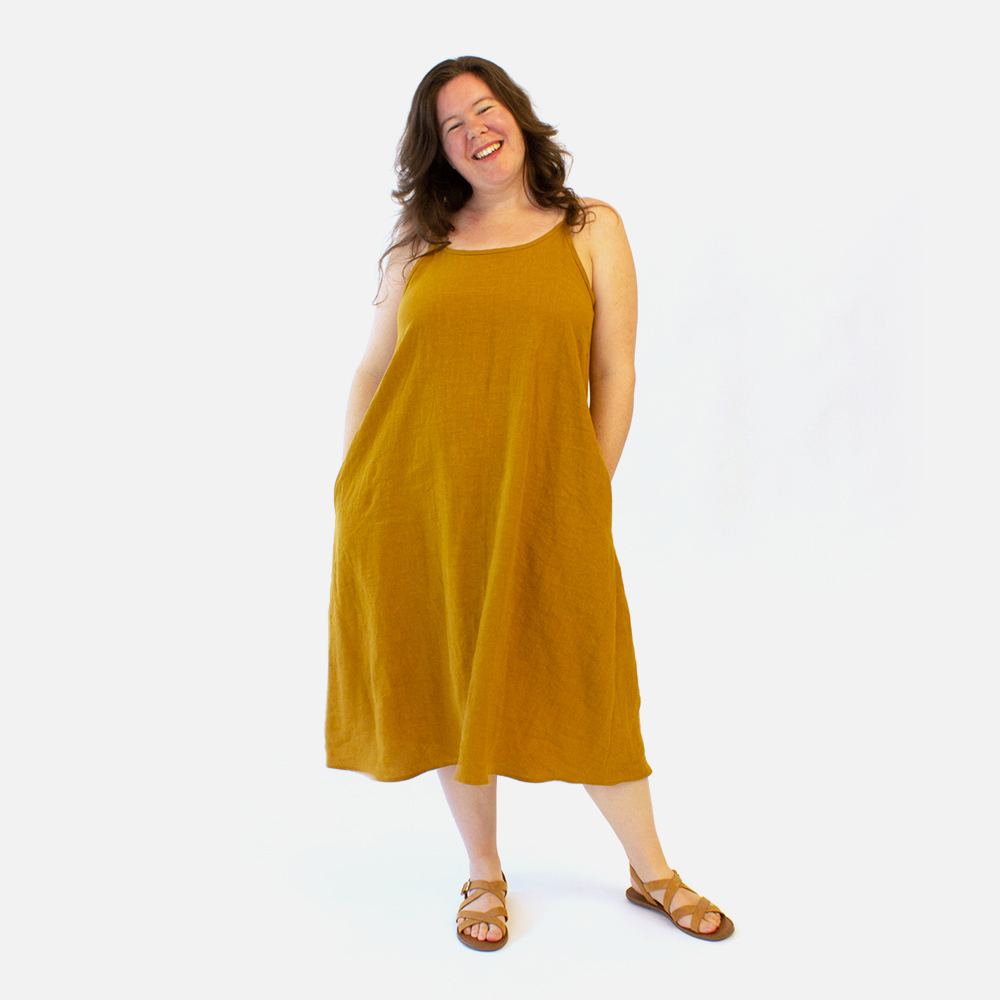